In January of 2016, YWAM’s global prayer day features a YWAM leader from the Middle East giving insight into what is happening in the Muslim world. He presents a hopeful picture he sensed God giving him, and which has been born out by recent research. He has seen God’s grace flowing into the Muslim world to a greater degree than most people realize.
Here is a short video from this leader, prepared specifically for YWAM’s prayer day on January 14, 2016. This monthly prayer focus is called The Invitation.
[youtube id=”5VuO-q1tT8Y” width=”600″ height=”350″]
Research done by David Garrison, and published recently in his book A Wind in the House of Islam, supports what this YWAM leader has seen first-hand. Garrison’s research shows a dramatic increase in the number of movements of Muslims to Jesus in this century compared with previous centuries. He defines a movement of Muslims to Jesus as “at least 100 new church starts or 1,000 baptisms that occur over a two-decade period”: 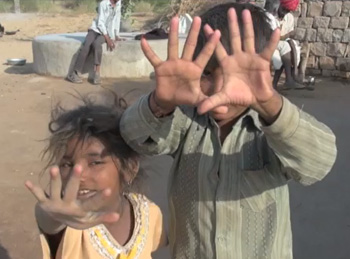 In his book, Garrison gives several possible reasons for this increase in Muslims choosing to follow Jesus, but one reason stands out above the rest. “Prayer has been the first and primary strategy for virtually every new initiative into the Muslim world. It is the great unseen force…” Garrison wrote.
With that in mind, YWAM leaders invite the whole YWAM family, including friends of YWAM and visitors to this website, to join them in prayer for the Muslim world.
Instead of giving specific prayer suggestions, they ask that you watch the video, then seek God for direction about how to pray.

Suggestions for How to Pray

In preparation for this time of prayer, enter into quiet time with God. Be silent while waiting on God and listen to what He is speaking to you regarding this video. Record and report any impressions you received from God. Pray accordingly, based on what you received from God.
Converse with God, asking questions such as:

For a transcript of the prayer video or for PDF files of the prayer information in English, Spanish, Portuguese, French, or Indonesian, please click here.

How YWAM Prayed in Previous Months

Upcoming Topics for The Invitation

February 11, 2016 – Praying for Local Concerns (Location and Community)
March 10, 2016 – Praying for Areas, and Where YWAM Is Not
April 14, 2016 – Global Topic
The second Thursday is just a suggestion. Feel free to pray close to that date at a time that works well for your schedule or the schedule of your community.

Sign up for prayer updates. On ywam.org, find the “Stay Connected” box on the home page or the right-hand column, put in your email address and click “Sign Up.”
If you sense God giving you a word or a direction for YWAM’s prayer, please contact us.