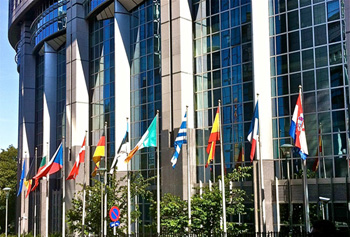 In YWAM we desire to see God’s transformation in every sphere of society. These spheres of influence include: family, government, economics (science, technology and business), religion, education, media, and celebration (arts, entertainment and sports). In February, YWAM’s global prayer day, called The Invitation, will focus on the government sphere. 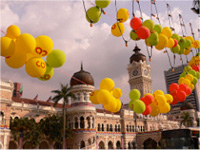 We invite you to join us. “We may disagree with the judgement and policies of our political leaders and wish for greater character in them as persons. But we are still exhorted to pray for them,” said Jeff Fountain, formerly the leader of YWAM Europe and now the Director of the Schuman Centre for European Studies.
In his letter to Timothy, the apostle Paul said, “First of all, then, I urge that supplications, prayers, intercessions, and thanksgivings be made for all people, for kings and all who are in high positions, that we may lead a peaceful and quiet life, godly and dignified in every way” (1 Timothy 2:1-2, ESV).

Get Ready to Pray

As you prepare to pray, read the article, “Praying for Local Governments.” This article was written for The Invitation by Jeff Fountain.
Spend time with God listening to what He has to say to you about your location. What are the key prayer concerns for your community and your city?
Think about your city government. What are the current issues? Is there unrest or stability? Is there volatility when leaders change? Are Christians being persecuted by the government? Identify and list key local government leaders. Be mindful how God views those in authority. “The king’s heart is a stream of water in the hand of the Lord; he turns it wherever he will.” (Proverbs 21:1)

Pray for Your Government

Identify a specific local government agency or leader. Become more intentional about praying for them. Partner with them to be a resource with solutions to problems.
Identify a local situation where there are social tensions. Seek God for how you could bring about social cohesion. Involve your church.
Reflect on 1 Peter 2:13-14, 16-17. What does it look like to be subject to every human institution? “Be subject for the Lord’s sake to every human institution, whether it be to the emperor as supreme, or to governors as sent by him to punish those who do evil and to praise those who do good. . . Live as people who are free, not using your freedom as a cover-up for evil, but living as servants of God. Honor everyone. Love the brotherhood. Fear God. Honor the emperor.”
Reflect on God’s sovereignty over cities and nations: “Behold, the nations are like a drop from a bucket, and are accounted as the dust on the scales; behold, he takes up the coastlands like fine dust. . . All the nations are as nothing before him, they are accounted by him as less than nothing and emptiness. . . It is he who sits above the circle of the earth, and its inhabitants are like grasshoppers; who stretches out the heavens like a curtain, and spreads them like a tent to dwell in; who brings princes to nothing, and makes the rulers of the earth as emptiness” (Isaiah 40:15, 17, 22).
Learn more about spheres of influence.

December 2015 – Horn of Africa and Where YWAM is Not 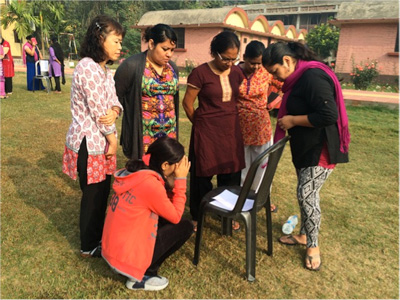 YWAM Durgapur (West Bengal, India) prayed and also submitted a report. They prayed for Eritrea, Djibouti, Somalia, and Yemen as well as the Maldives, Bhutan, Sri Lanka, India, Nepal, and Bangladesh.
YWAM Dunham (Quebec, CN) brought staff and students together to pray. They also submitted a report sharing that they prayed for God to remove sinful thoughts from the hearts of men and that God would send more workers to this region.
YWAM’s East Africa Leadership Team prayed and reached out to YWAM Horn of Africa.
January 2016 – God’s Grace Flowing to the Muslim World

Prayer leaf from YWAM in Colorado

Over 12,000 people have viewed the video, God’s Grace Flowing to the Muslim World, either on Youtube or Facebook.
YWAM Grimerud, Norway prayed that God would enlarge the place for Muslims in their hearts.
YWAM Townsville, Australia prayed that the church’s fear toward Muslims would be diminished.
YWAM Rostrevor, Northern Ireland prayed for teams ministering to refugees in Europe and the Middle East.
Y 360 in Colorado Springs, United States prayed to let the grace of God flow into the Muslim world by proclaiming scripture and writing “Grace” on leaves and releasing them into a stream.
YWAM Kilimanjaro, in Tanzania, was led to repent for the sins of fear and hatred regarding Muslims.
YWAM Harbour City, China tweeted that they prayed for breakthrough in the Muslim world.
YWAM Seamill, Scotland tweeted that they prayed for the Muslim world.
Leaders from the Western Area Circle Team of North America were gathered in Mexico and prayed on YWAM’s global prayer day.

Sign up for prayer updates. On ywam.org, find the “Stay Connected” box on the home page or right-hand column, put in your email address and click “Sign Up.”
Download prayer updates in a specific language. Go to ywam.org/theinvitation. Currently available in Spanish, Portuguese, French, Indonesian, or request other languages.
If you sense God giving you a word or a direction for YWAM’s prayer, please contact us.
Upcoming topics for The Invitation: