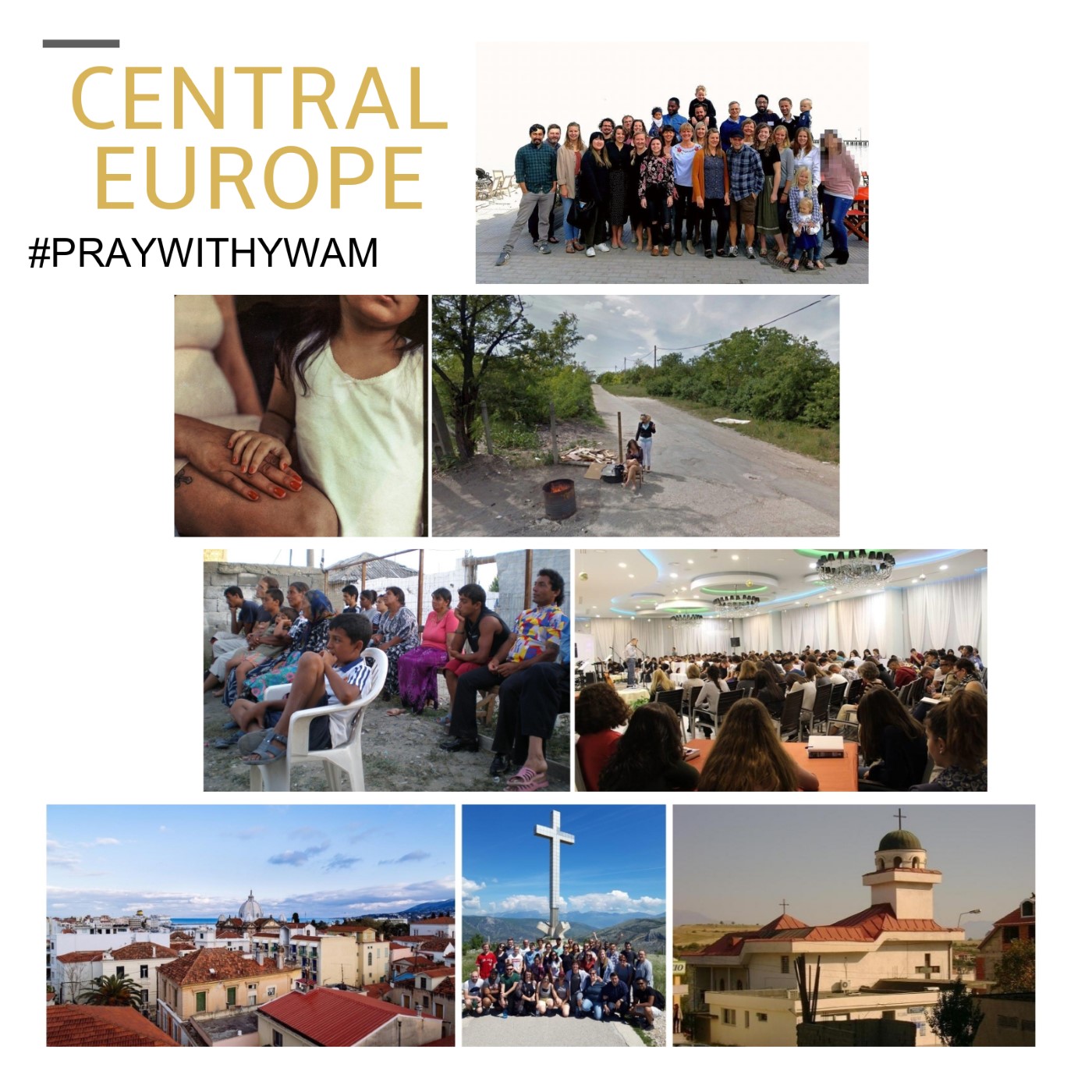 Join YWAMers around the globe in praying and hearing from God. He is inviting you!

This month, please join YWAM in prayer for a very diverse part of the world. This is a place where many countries have been at war with each other or have oppressed each other. It’s a place where Catholicism, Islam and Orthodoxy meet. Please pray with us for Central Europe and for YWAM’s work there.

There is much division and disunity within and between these countries. The word “balkanise”, which is named after the Balkan peninsula where many Central European countries are found, means “to divide (a region or body) into smaller mutually hostile states or groups.” Our biggest mandate as YWAM Central Europe is to come against this propensity to divide and instead reconcile, and work together in unity within countries and across borders.

Other significant issues in Central Europe include the post-communism way of thinking that is prevalent in Central Europe; human trafficking due to the high numbers of young people seeking better economic conditions through migration; a heavy flow of refugees wanting to reach the richer countries of the European Union that instead find themselves in camps unable to reach “the promised land”; and the discrimination of the Romani or Roma people.

Please join YWAM’s global prayer day, called The Invitation, this month and pray for Central Europe. You are particularly invited to pray during our prayer day, July 11. If you only have a few moments to pray please pray for unity and reconciliation in and among these nations. Pray also for those that are lost, marginalized and victimized in Central Europe. We would love to receive stories from you regarding how you prayed. You can email us at prayer@ywam.org.

If you are praying with a group, consider this activity as a way to focus on Central Europe. You will need to prepare:

Before looking at the images, remind everyone that this is a way of preparing our hearts to listen to God’s desires for the region. Everyone is to chose from the images a selection of four to eight that they are drawn to. They may notice these images in particular because they feel attracted to an aspect of beauty, peace, connection or abundance. Or they may especially notice an image that repels them because it portrays an element of disorder, fear or scarcity. Resist the desire to over-think the exercise, or to try to ‘make meaning.’ Everyone should simply choose those images that seem to draw their attention.

In a prayerful way–listening to God and noticing one’s own feelings–allow a few minutes for people to stick their images on the map. It may be that they want to arrange them along boundary lines between nations, or on particular nations. This does not need to take long.

Finally, leave some time for people to reflect on the map collage they have created. They might do this in pairs. Be open to the possibility that God may use the pictures, or the way they have been arranged, to speak to people as they move to prayer. Rather than trying to explain or make the pictures mean anything, simply be sensitive to how they might reflect, in some way, the heart of God for the people of Central Europe. Hold onto this sense of God’s longings for the region as you go to prayer.

And he said to them, “The harvest is plentiful, but the laborers are few. Therefore, pray earnestly to the Lord of the harvest to send out laborers into his harvest.