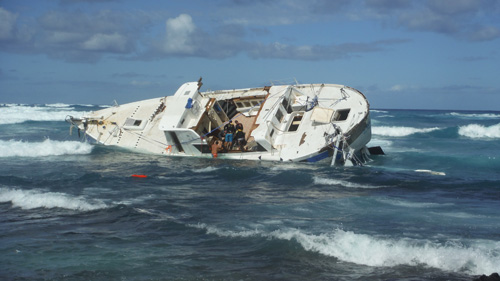 The President of the Marshall Islands has sent his condolences to the family of Aaron Bremner, a crew member of the YWAM ship Hawaii Aloha, who was killed in a storm on January 3. Last year, Aaron and the rest of the ship’s crew came to the Marshall Islands with supplies for the poor. Said President Christopher Loeak, “My country was very fortunate last year to have been a part of this YWAM outreach program that successfully delivered medical and educational initiatives to many of our people in the remote outer islands of the Republic.” 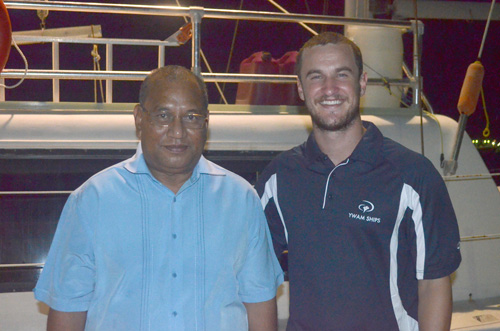 The Hawaii Aloha, a 75-foot ketch, was wrecked in an early-January storm four miles offshore from the Big Island of Hawaii. After receiving a National Weather Service alert the previous night, the five-person crew headed six miles out to sea to outlast the dangerous conditions. The ship was cutting into rough waves approximately four miles from shore when a series of large waves hit the vessel broadside, flipping it twice. The crew shot off flares. Four of the crew were rescued but the rescue effort was unable to locate Aaron Bremner.
The vessel was loaded with supplies to depart for Christmas Island. YWAM Ships exists to reach the most isolated and disadvantaged islands through medical, dental, clean water systems and educational initiatives. This is the first marine tragedy in YWAM’s decades of service.
Aaron, age 24, was set for his second deployment to Christmas Island. His first voyage to Micronesia in 2014 resulted in over 3,500 health and training outcomes delivered to some of the world’s most isolated islands. 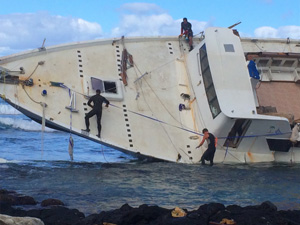 Aaron’s mother, Charlene Calish, attended a memorial service in Kona, Hawaii for her son and said, “YWAM Ships Kona was the way Aaron chose to live out his passion and life’s mission of loving God’s people all around the world.” She also encouraged people to give to a fund that will replace the vessel. “This would help bring healing to the family,” she said.
To give to the fund to salvage the Hawaii Aloha and replace it with a new vessel, please go to www.ywamships.net/donate.