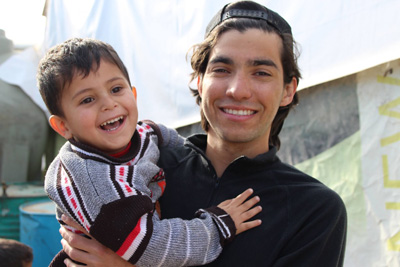 This month, YWAM invites you to pray about the global refugee situation. Please join us as we pray for people who have had to leave their homes because of war, persecution, natural disaster, famine, or lack of jobs. We will also pray for those that are impacted by refugee movements: government leaders, families that are left behind, local residents, and YWAM workers who are ministering to refugees all over the world. 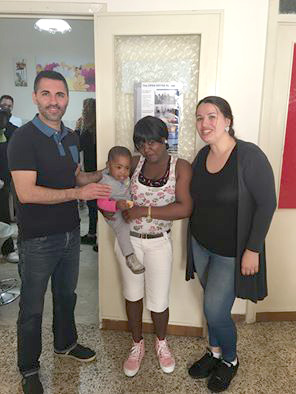 In Sicily, Francesco and Tina Luzzolini assist a refugee who gave birth on the boat

Many statistics about refugees show the tremendous needs for prayer. According to the United Nations, there have been record numbers of displaced people and refugees in recent years, over 60 million estimated in total. Those that flee across international borders are known as refugees (estimated to be over 16 million), while those that flee but stay in-country are known as internally displaced persons. Statistics reported by the New York Times give an insight into the lives of refugees:

As YWAMers and other Christians attempt to care for the practical needs of refugees, they are also seeing a time of great harvest of people coming to Christ. One YWAM worker at a refugee camp in Greece worked to give out food and clothing and noticed an absence of public Islamic prayer in the camp. Over tea with a group of men, he asked about this. One man said, “For us, religion is finished. We want to have the freedom to choose like in the West.” 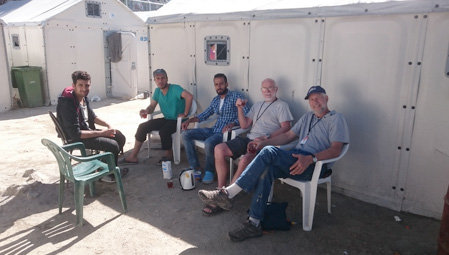 Volunteers having tea with refugees in Lesbos camp

The YWAM worker said in general he has noticed an unusual openness to talk about faith and Jesus. He said, “It is very easy to share your faith in the camp. There is a desperate need for any kind of hope and talking about the peace that Jesus has given us often brings a spark of hope in their eyes.”
Lynn Green, one of YWAM’s leaders, reported, “There has never been a time of greater harvest. Time and again over recent decades, we have said ‘the nations are coming to us,’ but it has never been so overwhelmingly true. Will God’s people be swept up in the fear and protectionism, or will we reach out to reap the harvest?”
Please pray with us for God’s comfort for refugees and for God’s purposes to prevail.

As you prepare to pray, watch this short video created by World Vision about praying for refugees:
[youtube id=”OwzKDpSJFWU” width=”450″ height=”300″]
Also, for more insight into the lives of refugees, watch this video created by the documentary filmmaking school in YWAM Harpenden, England called “Sunday in the Calais Jungle.” It tells the refugee story of a camp in Calais, France called “The Jungle.” It is home to more than 7,000 refugees:
[youtube id=”omNKP90p8Ng” width=”450″ height=”300″]
We invite you to pray on July 14, the prayer day for YWAM’s The Invitation, or pick a time that works best for you or your group. Here are some suggestions for how to pray for the needs of refugees:

Pray for YWAM workers and YWAM locations and their work with refugees:

In June, we participated in 30 Days of Prayer for the Muslim World:

Upcoming topics for The Invitation: