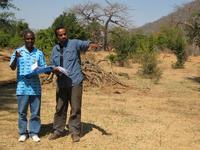 Over the 50 years of Youth With A Mission’s lifespan the world of missions has changed dramatically.
In 1960 a missionary was invariably a white westerner, trained in a Bible College, sent to the non-western world. In 2010, missionaries from every nation are being sent to every nation. Seminary graduates work alongside missionaries from tribes that five years ago were totally without access to the message of Christ.
This year as we celebrate 50 years of God’s work through YWAM, it is particularly significant to recognize the way God has used this unorthodox movement to open wide the door to missions for men and women from every nation.
A western missionary
In 1972, a 22 year-old American named Jim Stier joined a YWAM Discipleship Training School (DTS) in Los Angeles. Jim had just graduated from Bible College, but was plagued by insecurity and doubt. Two years later, Jim moved to Brazil, newly married to Pam Mediros. As a young YWAM couple they were virtually penniless, and Jim’s autobiography, “Against All Odds”, tells many incredible stories of miraculous provision as they began pioneering YWAM’s work in Latin America’s largest nation.
Jim wrote that on arrival in Brazil, “We spoke no Portuguese, our one-way tickets hadn’t included visas, and our pocket money had amounted to $3 in cash… I never doubted God, but I often doubted myself.” Released by leaders who held fast to the value of championing young people, Jim and Pam threw themselves into the work.
Their vision to start a missions movement of Brazilian missionaries was radical. Seasoned American missionaries discouraged the young YWAMers, telling them, “You’re headed for disaster. Brazilians won’t work for you if you don’t pay them. Their churches aren’t going to support them. Money will be a real problem because Brazilians don’t have much vision for missions.”
Thankfully they persevered. Within a decade there were 250 Brazilian YWAM staff. In 1988 YWAM Brazil sent out their first missionary team of 14 Brazilians to start work in Sao Tome and Principe. In 1991 a team of six moved to begin work in war-torn Angola.
Brazilian missionaries
The team arrived in Angola at the height of the civil war. Marcia Gomes was part of the team and wrote: “We went to live in a war zone, and to make things worse it hadn’t rained for five years. The misery was complete, and the dangers were enormous. But this was no reason to stop! After all, we were ready for anything, even death.”
Ismael and Sibeli Ferreira were also part of this pioneering team. Ismael had grown up on a Brazilian coffee farm. Hard-working and courageous, the young missionaries discipled Angolans, taught in churches, and worked to ignite a passion for missions in the local church. They had not come simply to start churches, but to inspire and train Angolans to be missionaries with them.
Angolan missionaries
Inacio and Idalena Fio joined the first DTS the Brazilian team ran in Angola in 1993, together with their two-week-old daughter, Grace. During their outreach they discovered an unreached tribe, the Mukuando, living on top of an extinct volcano, deep in the Angolan bush. The family moved there, remaining with the tribe for the next 12 years. Inacio reflects now that, “People only began to respond after two years. They told us they had wanted to watch to see from our lives if our message was true.”
The Fios were joined by other YWAM colleagues, and together learned the tribe’s language. They created an alphabet for the unwritten language, and over a decade taught 100 adults to read and write. In 2006 the Fios moved off the mountain. They left behind a church of 150 people, led by Mukuando leaders, a primary school with Mukuando teachers, a clinic, and a community that had been transformed.
Today Inacio and Idalena lead a small YWAM team living at the foot of the mountain. They are in the process of building a center to train Angolan frontier missionaries. The center is in a remote town, a day’s drive from the nearest tarmac road. In this rural area Angolan followers of Jesus will be trained and sent to share His hope with other nomadic tribes like the Mukuando.
YWAM’s heritage
Tracing the link from Jim and Pam Stier, to Ismael and Sibeli Ferreira, to Inacio and Idalena Fio, gives a beautiful picture of the changes in missions over the last 50 years. In these three YWAM generations we see the shift from western missions to non-western. Just thirty years ago, Brazilians were told by their own leaders: “Brazil isn’t called to be a missionary country… Brazilians are called to win our own people.” Today there are some 2000 Brazilian YWAMers, with teams all over the world. Twenty years ago, Angola was the poorest nation on earth. Today there are some 50 Angolan YWAM missionaries, sacrificially serving God in heroic ways.
In 2010, close to half of YWAM’s long-term staff are from the two-thirds, non-western world. In its 50th year, YWAM can rejoice that God led its early leaders to champion young people, releasing them to follow God’s call, and to mobilize people from every nation to make Him known.