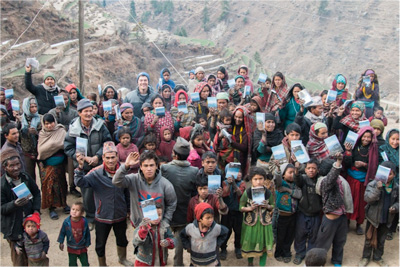 In October of last year, YWAM launched its global prayer focus, called The Invitation, by highlighting a topic near and dear to the heart of YWAM’s founder, Loren Cunningham. We prayed for the translation and distribution of the Bible. To put it another way, we prayed for an end to Bible poverty. In the months since we prayed, YWAM workers have been responding in many ways. Now, in the prayer focus for March, YWAM invites you to pray for actual Bible translation and distribution initiatives happening in many parts of the world.

YWAM Blantyre, Malawi was so gripped by Loren’s message to end Bible poverty that while they were preparing to work with a tribe with no written scripture they realized there is Bible poverty all around them in Malawi. While there is a full Bible written in the native Chichewa language its cost is equivalent to one third of a month’s wage, which is a significant barrier for people. God has given YWAM Blantyre a vision to have a copy of scripture in all three million homes in Malawi. Thus, they have begun printing the Gospel of Mark and have purchased hundreds of audio Bibles to distribute to people who can’t read. They are also putting the Chichewa language edition of the Bible online.
Said Daniel Dugmore, the leader of YWAM Blantyre, “After hearing Loren speak about making Bible poverty history we realized that this is an apostolic call for this generation that we must be part of.”
Watch this short video to learn more about YWAM Blantyre’s Bible plan:
[vimeo id=”156306850″ width=”500″ height=”350″]
Pray for: 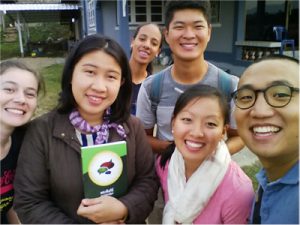 YWAM Chiang Rai, Thailand received two teams in January, one from Brazil and one from Kona, Hawaii. Together with the local YWAMers the teams handed out 1,000 Bibles.
The local YWAMers have taken responsibility to distribute Bibles in a village which includes 345 homes, two schools and three Buddhist temples (which happily received the Bibles). The teams witnessed healing of several people for whom they prayed and they also visited a home where they had distributed a Bible several months earlier. This family reported that since they had received the Bible their home was filled with joy and they requested more Bibles for family members.
Watch this video about the Bible distribution in Thailand:
[youtube id=”A3M961_hNno” width=”500″ height=”350″]
Pray for:

Pray for Villages in the Himalayas 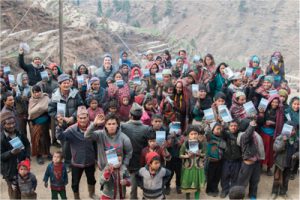 A village in the Himalayas receives Bibles

YWAM Kona, Hawaii has sent 15 outreach teams to 14 countries and has delivered over 1,700 audio Bibles in 25 different languages. Their work in the Himalayas included: 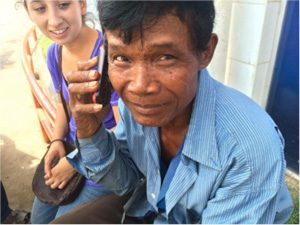 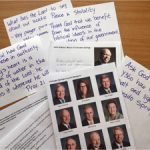 The second Thursday is just a suggestion. Feel free to pray close to that date at a time that works well for your location’s schedule.
Sign up: