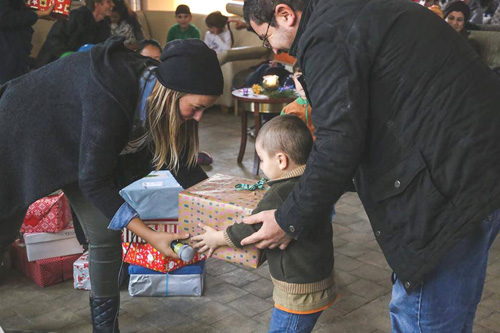 YWAM’s work with refugees continues to expand. In Europe as well as in the Middle East, teams continue to hand out clothing, teach children, and assist immigrants as they settle.
To donate to YWAM’s work among refugees, go to our donation page, select “For:” and pick “Refugee Crisis” from the list.
You can also join us as a volunteer. To get involved, email us about YWAM refugee ministry.

YWAM Ministry Along the Refugee Trail 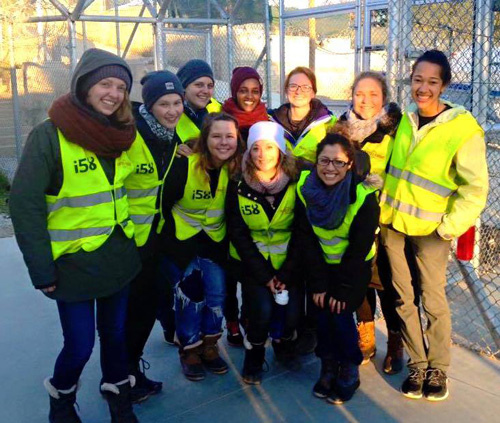 A YWAM team from Madison, USA volunteers in Lesvos, Greece

On the Greek island of Lesvos, YWAM’s ship the Next Wave has docked and is providing housing for outreach teams. The YWAM workers there have been asked to take two sections of a refugee processing center. They are in charge of the family and unaccompanied children sections. They continually need volunteers to come and work with newly-arrived refugees.
In the Middle East, YWAM runs an elementary school for Syrian refugee children. It’s a challenging task to run the school in a neighborhood where many local residents don’t want refugees among them. Also, most of the children have been traumatized. “Hurting people hurt others, so you can imagine how it is,” the school director said. Never-the-less, the YWAM workers press on, and many children are responding to the loving instruction they receive. One young student wrote, “From the beginning of the year I was not able to read or write but I asked God to help me to be able to read and write and he helped to be smart and I’m thankful to him for everything.”

In Germany, several YWAM ministry centers help immigrants adjust to their new surroundings. One has started a home for 30 teenage boys that had nowhere else to stay. At another center, YWAM workers teach German classes. They threw a Christmas party and invited refugees from their little town to come. They gave out presents, had a soccer competition, and even went to a midnight Christmas Eve service at a local church. The YWAMers and their guests filled up half the sanctuary.
In other places, YWAM Sicily meets the needs of Africans from places like Tunisia, Sudan, and Libya who are seeking refuge. YWAM Dalarna, Sweden, has begun discipling Afghans who have shown an interest in the gospel. YWAM also has refugee ministry in France, Belgium, Hungary, several Middle Eastern countries, and many other places. 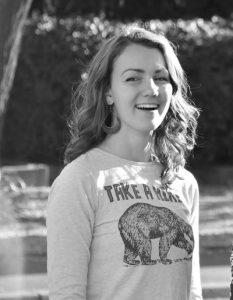 On Lesvos, Helena Wahl was working in a clothing tent when she spotted two boys, one about 20 years old and the other 11. The younger one had a pouch hanging around his neck. In it she could see the boy’s passport and a few euros peeking out.
The two had come to the clothing tent after a large group of people had just left. Men, women and children had come into the tent wet and cold after getting off their boat. “People were pressing, pushing, panicking to get in and get dry clothing,” Helena recalled. It took a while for all the people to find what they needed, but they were all able to walk away dry and smiling.
Now, as Helena paused to catch her breath, these two boys walked in. The older boy led the younger up to Helena to ask for help. Helena greeted them with the little Arabic she knew. With the assistance of a translator, she tried to serve them. In the process, she found out they were from Iraq. They were trying to get to Sweden.
“Are you brothers?” Helena asked. “No,” they said. They had met as they were traveling.
“Do you have family with you?” Helena inquired. “No,” they said again. They were alone.
“That was where it hit me,” Helena said. She has brothers back in Canada around the same age as those boys. “They had no one, they were traveling alone, and they were the world for each other.”
As the boys picked out clothing, Helena looked down and awkwardly started reorganizing her desk. She didn’t want them to see her tears. “We–who have everything–are giving what we have. But here was a situation where a boy–who has nothing–was giving all that he had. They were helping, protecting, and caring for each other. It was so profound it broke my heart.”
Helena and many other YWAMers are encountering the real stories of real people as they help refugees in many countries.
There are many opportunities to get involved across Europe and the Middle East. Contact us about refugee ministry to find out more.
Also, to receive news updates about the refugee work done by YWAM in Europe, visit the YWAM Europe Refugee Circle website.