Playing soccer with the girls from the brothels downtown Belo 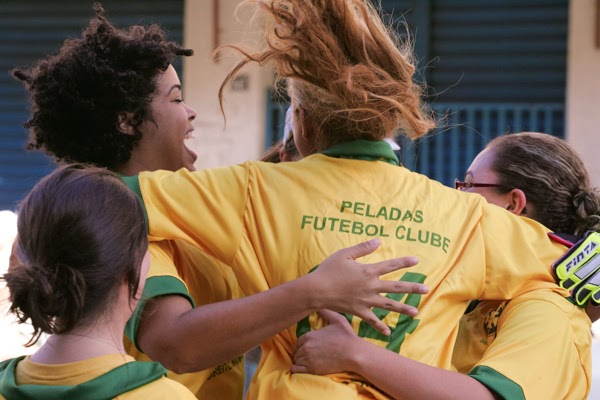 During the World Cup in downtown Belo Horizonte the Prostitutes Association of Minas Gerais (Aprosmig) organized this Saturday a street football/soccer match in the middle of famous Guaicurus street. The police arrived in full gear, prepared for riots and then held back the cars in the close by main square, as others quickly painted football/soccer filed on the street….then they were all set.
Jenny Jack, aged 35, came with a team from the USA for a couple months to work with YWAM Belo Horizonte – which has a ministry fighting against human traffic – during The World Cup in Brazil.
“Our idea is to give these girls love without judging them. If they want to pray, we pray. If they want to talk, we talk. We are here to give them hope and show them their value”, she told some journalists who came to cover the story. “So we have decided to help the girls from the brothels and play on their team!”

We asked Jenny to write a part of her story for us:
Yesterday has been one of the most memorable and powerful days of my life. Playing football with the gals from the brothels, serving them tea in the IHOP Prayer Room and visiting them last night, WOW!
We have been loving, sharing, talking, praying, hugging and listening to women who on an hourly basis are regarded as objects without feelings, souls, fears and hurts. It has been so humbling for me, so heart wrenching and so marvelous all at the same time. And even though I do not speak Portuguese, I can see in their eyes and feel in my heart that they believe me when I say, “Jesus loves you, He values you, I value you, you have immeasurable worth.”
So as I review the events of the last day, I remembered the VERY clear prophetic word spoken to me last August by someone who had NO clue that my going to Brazil for The World Cup was even in the works, but his word to me so clearly described what was already burning in my heart and now I am here. In Brazil, right in the Center of HIS plan, so awesome, Our God is greater…….!!!