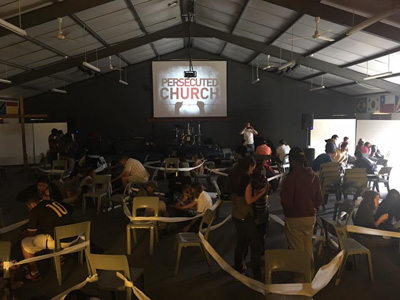 In this, the last of our three-part series on growth, we invite you to join The Invitation this month as we pray about the persecution that often comes along with growth. According to Christianity Today magazine, persecution of Christians continued at a high level last year: “For the third year in a row, the modern persecution of Christians worldwide has hit another record high.”
YWAM’s founder, Loren Cunningham, expects more opposition in the years to come. He says “The reason I believe that persecution is going to increase on us, and I’ve already seen the signs of it, is that we are going to have a release, not just of workers but of effectiveness.”
To hear more of Loren Cunningham’s comments on how to pray about persecution, watch this short video:
https://www.youtube.com/watch?v=kVjWs1RR14M&index=2
Recent examples of persecution of YWAM workers include a kidnapping, families expelled from countries, one YWAM worker killed for his faith and bold witness, a YWAM worker held by militia, family members held by police, all workers from a YWAM location expelled from the country, computers and phones confiscated, home burnings of YWAM associates, burning of a church planted by a YWAM team, government harassment, imprisonment, monetary fines, beatings, hours of interrogation, and intimidation.

Loren Cunningham warns that persecution can also come by legal means such as media attacks, loss of jobs, and lawsuits against Christians. YWAM leaders also express concern over the ways governments seem to be tightening their control of, and opposition to, Christians.
Persecution is different by region and even from family to family as persecution extends to that level. One of YWAM’s leaders for the Middle East notes that there are some regions currently where “we are being much more bold and active than we have been before, but getting the same or less hassle than before, but there are some areas that have become more restrictive and are continuing to tighten up.” This YWAM Middle East leader thinks YWAM has been spared significant persecution up to this point and attributes this to “possibly quite a bit of prayer cover.”
Said Steve Goode, one of YWAM’s leaders, “As we experience growth, we will also experience greater persecution. Now is the time to review and count the cost of following Jesus to the ends of the earth. God hears the cry of the poor every day and he wants us to respond, ‘Here I am Lord, send me.’”
In some cases, YWAM does not experience the persecution directly but we find ourselves helping others who have been or are being persecuted. Some of these examples are many YWAM locations sending teams to refugee camps that house Christians who have been persecuted in their home country. Other locations offer immediate assistance to cities, towns, and villages where Christians and new believers are persecuted. 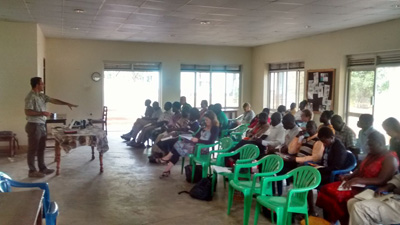 YWAM South Sudan staff: most have had to leave due to violence

The most recent World Watch List from the organization Open Doors predicts that the top ten countries for persecution in 2017 will be North Korea, Somalia, Afghanistan, Pakistan, Sudan, Syria, Iraq, Iran, Yemen and Eritrea. YWAM has had a presence or has a presence in most of these countries.
Jesus said, “If they persecuted me, they will persecute you also” (John 15:20). Please join us for The Invitation in April, and particularly on our prayer day April 13, as we pray about persecution.
As you prepare to pray: 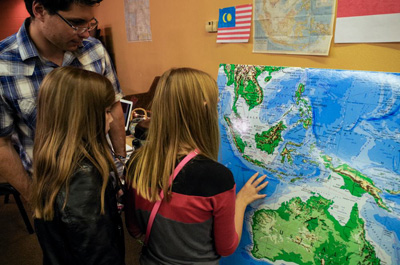 Pray about the persecution that comes with growth: 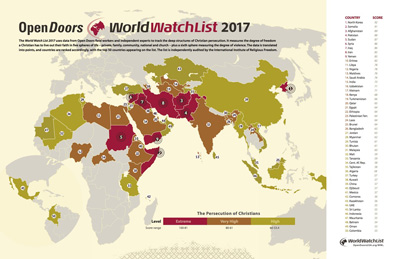 In March of 2017 we prayed for supernatural increase in YWAM’s work globally: