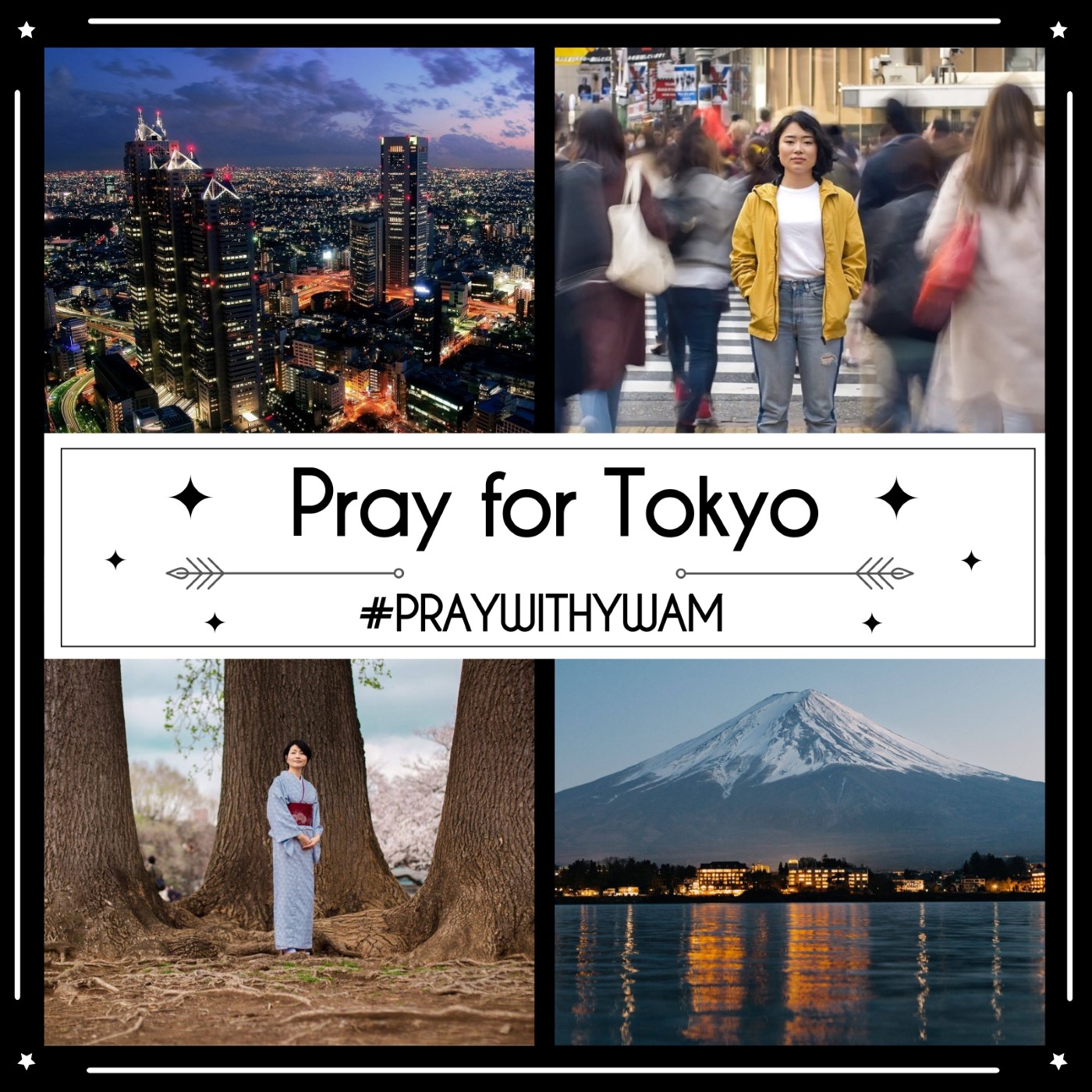 Join YWAMers around the globe in praying and hearing from God. He is inviting you!

This month, we invite you to join the YWAM family as we pray for the largest metropolitan area in the world, the greater Tokyo area. By worldly standards, Tokyo has it all, but spiritually the 35 million people in the Tokyo area have many challenges.

The list of Tokyo’s notable global rankings goes on and on. Tokyo has ranked first in the Global Economic Power Index, was listed as most livable city in the world in 2015, is rated out of 60 cities in 2017 as first in terms of safe cities index, and Tokyo has the highest number of Fortune 500 companies. Tokyo will also host the summer Olympics in 2020 (July 24 to August 9).

However, from a spiritual perspective, there are challenges in reaching the people of Tokyo and Japan in general. Japanese nationals are steeped in a culture that esteems honor, harmony, loyalty and long work hours. They are very much a people group who value and care for those around them. But most of them don’t understand the true message of Jesus. It is estimated that fewer than one percent of the people are evangelical Christians. The national religions of Buddhism and Shintoism are closely tied to the Japanese identity, so choosing to follow a different religion can be perceived as rejecting your family or choosing to no longer be Japanese. Additionally, there is believed to be only one missionary for every 64,000 people in Japan. As YWAM’s JP Cohern notes: “That’s like one person being tasked to reach an entire football stadium!”

According to the YWAM Tokyo Facebook page, “The Japanese culture reflects the Kingdom culture. As a culture, they love politeness, they crave community and relationship. They reflect the kind nature of kingdom culture so selflessly and yet they still don’t know the king they reflect.”

Despite these challenges, the YWAM Tokyo Facebook page notes that something has started to shift in Tokyo. They are witnessing miracles in public, there appears to be a new level of openness in the hearts of the people, churches are uniting and supporting each other and ministry pioneers are rising up all over the nation of Japan.

Please join us this month for YWAM’s prayer day, called The Invitation, as we pray for the people of Tokyo. If you only have a few moments to pray during The Invitation on Thursday November 14 please pray that the missionaries and Christians there would experience a new power in their ministries and that God would open the hearts of the people like He did with the early church.

Thank you for being part of The Invitation. We would love to receive stories from you regarding how you prayed. You can email us at [email protected].

As a group, consider and discuss the mission field in Tokyo and greater Japan. Considering less than one percent are evangelical Christians, this represents a huge opportunity with many challenges. Look at a map of Tokyo and/or Japan. Now consider and discuss the early church based on your knowledge of the book of Acts. How might a movement to reach Tokyo and Japan be similar to the early church movement? How are they likely to be different?

Review and pray these verses that represent progress with the Gospel for the early church one at a time, and as you do, ask God to show you how they might apply to Tokyo. List key points that God shows you regarding Tokyo and incorporate those points as you pray.