Response to Cyclone Idai in Mozambique 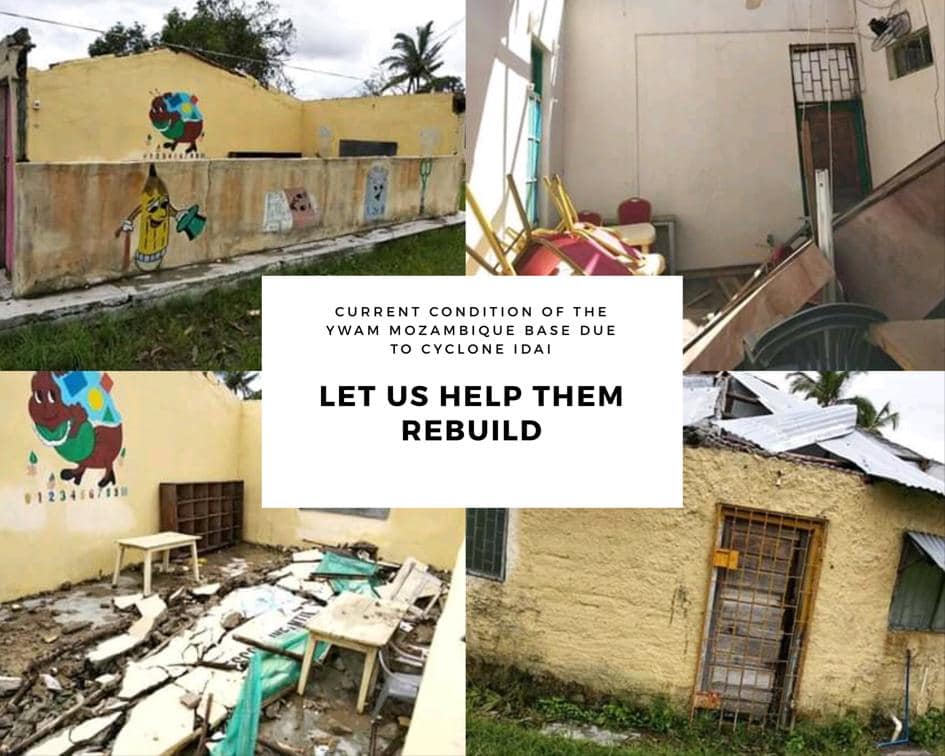 Cyclone Idai crossed the coast in central Mozambique on the night of March 14, 2019. The cyclone had sustained winds of 195 km/h (120 mph) and damaged or destroyed thousands of structures. The strong winds were accompanied by heavy rain and flooding throughout Mozambique, Zimbabwe, and Malawi.
It has been estimated that there are over 1000 deaths attributed to the cyclone so far, with some estimating that it could reach into the tens of thousands dead. Around 1.7 million people are affected across South East Africa, with 100,000 people needing urgent rescue near the city of Beira. There is no running water or electricity in much of the area, and many homes have been swept away and roads destroyed by floods. Over 400,000 Mozambicans are estimated to now be homeless.

There are reports of cholera in the area, and there is risk of other outbreaks, including malaria, which is already increasing.
Two Youth With A Mission centres have been affected by this natural disaster. Thankfully no YWAM staff or students have reportedly lost their lives, but they are trying to recover from the shock of the disaster. Both locations have had the majority of their buildings severely damaged.

YWAM Beira runs a home for 29 boys and young men and a community school for over 600 students. Classrooms, dorms and other facilities have all been damaged.
YWAM Dondo runs a preschool for 68 children, a laboratory to diagnose malaria and a HIV patient care program and pastors seminars and much more. The classrooms, accommodation, laboratory, and clinic have all been damaged.
There are also many people in the communities around the Youth With a Mission locations that are in desperate need of help. 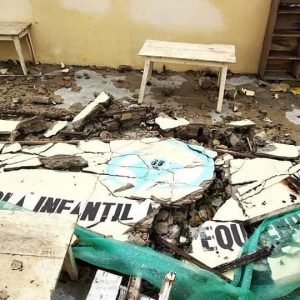 Youth With A Mission is engaging in a unified response to this crisis. YWAM has linked up with RescueNet and Mercy Air to ensure that they are giving the best response possible. Mercy Air has already done a flyover assessment and RescueNet Europe is on their way to provide some of the necessary assistance.

To allow for a swift and coordinated flow of resources YWAM Southern Africa has set-up a dedicated office managed by John Sulter and Dave Peter at YWAM Muizenberg, South Africa. The office will manage donations and communications for people wanting to donate to help, and for people or teams who may wish to volunteer in the rebuilding effort.
You can contact the office directly to find out how to donate and help at mzidai@ywammuizenberg.org.
The situation in Mozambique is very serious. We ask that you would please be generous towards our brothers and sisters in Christ in Mozambique. They are in desperate need of food, water, shelter, and medical supplies.