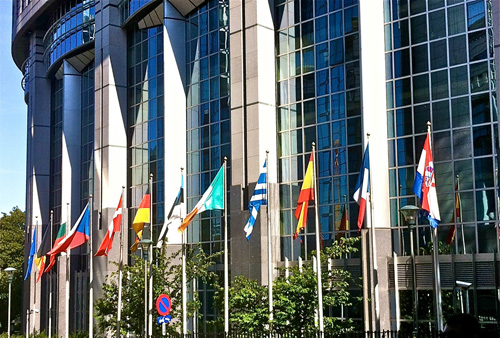 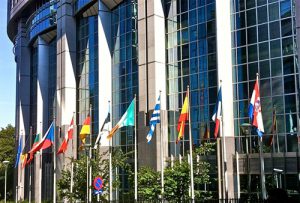 Scripture exhorts us to pray for those in authority. Paul advises his young disciple Timothy and those fellowshipping with him to: “make supplications, prayers, intercessions, and thanksgivings for everyone, for kings and for all who are in authority, that we may lead a quiet and peaceful life in all godliness and honesty, for this is good and acceptable in the sight of God our Savior” (1 Tim 2:1-3).

Peter instructs his readers, and us today, to “submit to every human authority for the Lord’s sake, whether it be to the king, as supreme, or to governors, as sent by him for the punishment of evildoers and to praise those who do right….Honor all people. Love the brotherhood. Fear God. Honor the king” (1 Pet 2:13-14, 17).

When we stop to realize what sort of rulers Paul and Peter lived under, we realize that we don’t have to agree with our authorities or wait until they become believers to pray for them. The early Christians had to live under tyrants like Nero. Theirs was no democratic state. Yet they recognized that government was a God-given institution necessary for the upholding of justice and order, and the limitation of evil.

We may disagree with the judgment and policies of our political leaders, and wish for greater character in them as persons. But we are still exhorted to pray for them.

How to Pray for Authorities

How, then, should we pray for those in authority over us?

Firstly, we should thank God for the peace and security we do enjoy today, for the stability that we so often take for granted. Any reading of history–including that of the early church–will make us aware that our participatory democracy is a recent development and those of us who live in democracies have benefited greatly from the influence of biblical ideas in the formation of western governments. Yet too often as Christians we have opted out of the political world wanting to “separate ourselves from the world” and have failed to be the salt and light the world needs.

Secondly, we can pray for the authorities to execute justice well and for wisdom in this task. The state’s duty is to honor and protect those living decently and productively and punishing those who do wrong (Rom. 13:3-4). Pray that they would govern with wisdom for the common good, or the “welfare of the city” (Jer 29:7), not for personal gain, or under the pressure of lobby groups, or for the advantage of a favored few. Their concern must be for the wellbeing of all.

Political issues are not usually black and white, cut and dried. They often involve compromise between different interest groups. Even Christian politicians will often disagree on best policies. Politicians truly need wisdom. Pray that they would have the foresight to make wise decisions, taking into account future generations and not simply the favor of the electorate to get reelected.

Pray for open minds and listening ears, that our leaders would be open to wise counsel from religious leaders among others, especially as they often face issues requiring understanding of religious perspectives, something few secularists are equipped for: e.g. migration and assimilation questions, or freedom of conscience and worship issues.

Recognize that God can use crooked sticks to hit straight! (That’s why He can use you and me.) He can accomplish His purposes through unbelieving politicians regardless of their willingness to be used by Him. Proverbs 21:1 tells us that “the king’s heart is a stream of water in the hand of the Lord; He turns it wherever He will.” Think of the Persian king Cyrus whom the Lord called “my servant” and who gave the order for the temple to be rebuilt in Jerusalem. Gorbachev is perhaps a modern example of a King Cyrus.

As we pray, be mindful how God views those in authority: “The kings of the earth set themselves, and the rulers take counsel together, against the Lord and against His anointed, saying, ‘Let us tear off their bonds and cast away their ropes from us.’ He who sits in the heavens laughs; the Lord ridicules them” (Ps. 2:2-4).

“Certainly the nations are as a drop in a bucket, and are counted as the small dust of the balance; He takes up the coastlands as a very little thing. All nations before Him are as nothing, and they are counted by Him as less than nothing and meaningless. It is He who sits upon the circle of the earth, and the inhabitants are as grasshoppers, who stretches out the heavens as a curtain, and spreads them out as a tent to dwell in. He brings the princes to nothing; He makes the judges of the earth meaningless. Scarcely shall they be planted; scarcely shall they be sown; scarcely shall their tree take root in the earth, when He will also blow on them, and they will wither, and the whirlwind will take them away as stubble” (Is. 40:15, 17; 22-24).

Daniel 4:17 reminds us that “the Most High rules the kingdom of men and gives it to whom he will and sets over it the lowliest of men.”

Some specific areas for prayer in today’s world could include the following:

1. Making a place in the public square for the faith communities: the term ”post-secular” is being used to describe societies where governments are recognizing that faith communities have much to contribute to the welfare of society and need to be listened to, while not returning to the central role that the church has played in the past. This softening of the official attitude is replacing the idea that religion has no place in politics or public matters.

2. This implies that churches and Christian organizations need to step up to the challenge of engaging with public issues and learning how to become constructively involved in finding responses to the pressing questions of the day. A Norwegian politician once asked Alv Magnus, former leader of YWAM Norway, “Why is it that you Christians always come with answers to the questions we’re not asking, but not to the questions that we do ask?”

3. In Europe, as well another parts of the world, politicians are facing major crises which are both major challenges and also major opportunities for God’s people to recover credibility both for the gospel and the Church. The soft powers of Christianity–love, truth and justice–overturned the Roman Empire in the first centuries and can recover lost ground in our secularized world again.

These crises are being experienced in the following fields:

A. Economic. Pray for inspiration for job creation in places with low employment; for local governments to inspire community spirit (and for churches to play their role in this too).

B. Politics. If churches are complaining of losing membership these days, political parties have it far worse! There is widespread disillusion with politics and thus a growing popularity of populist, extreme-right-wing parties which spread of gospel of fear and half-truths, winning easy votes with negative politics, deconstructing instead of building trust and solidarity in the community. And many Christians are tempted to vote for such parties because they are anti-immigrant, hence anti-Islam. (Which is anti-Christian in attitude–Brother Andrew spells that word as follows: I Sincerely Love All Muslims!) In our post-modern times, old ideologies which gave birth to many of our political parties have lost their appeal. One-issue parties have mushroomed and contributed to instability and uncertainty.

C. Social. Economic and political uncertainties are creating social tensions. Here a strong civil society is needed, with initiatives taken by citizens, not just politicians. Church and Christian organizations have a major role to play in bringing social cohesion, including the outcasts, showing hospitality and compassion. We have been used to thinking that many tasks belong to the government and the welfare departments, but Jesus talks about them in Matthew 25 as being the works of mercy he expects from his followers.

D. Religious. Secularism has not fulfilled the spiritual needs of the community and many are looking again for spiritual reality–but not necessarily in the church. Eastern religions and ideas are popular (go to a garden supply store and see all the images of Buddha there!) And Muslim communities, including mosques, are sprouting all over the western world. This is confusing for politicians as well as for Christian believers. Here we need clear thinking on the place of religious freedom and freedom of conscience, the foundational freedom for all other freedoms.

E. Environmental. Here is a crisis that could overshadow all the others. Despite the variety of perspectives on the issues of global warming, we can all agree on the fact that Scripture gives a clear mandate for us to look after this amazing planet God has given us. Pray for our local politicians in their role of stewardship over the resources in your area.

All of the above provide us with topics for prayer: that God’s Kingdom would come, His will would be done, in our cities, neighborhoods, regions and nations, as it is in heaven.

–by Jeff Fountain, director of the Schuman Centre for European Studies. Formerly the leader of YWAM Europe, he is also author of Living as People of Hope.