Celebrating 30 Years of Prayer for Muslims 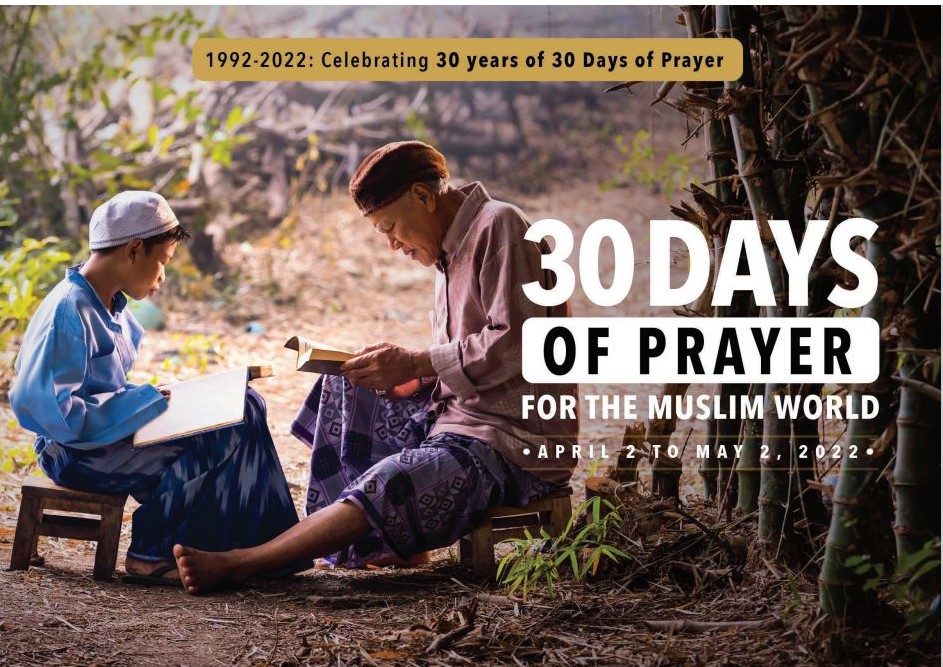 Back in 1992, a group of YWAM international leaders met near the Red Sea and something emerged from their gathering that, 30 years later, has evolved and grown beyond YWAM to engage millions of Christians worldwide in prayer for Muslims: the 30 Days of Prayer for the Muslim World.

The Lord spoke clearly and memorably to those praying at this meeting, calling them to see Muslim people with His eyes and prompting them to engage more intentionally to love them. Inspired to mobilize others to pray, some leaders from YWAM India who were already serving in impoverished Muslim communities created a guide to pray for Muslim people during the month of Ramadan, when Muslims traditionally fast and pray for 30 days.

Every Ramadan since, the guide has been produced. Communications technology has improved the design and distribution, but the content always comes from Christians who are connected to Muslim communities and know what their needs are and how to pray for them. The articles aim to help users understand a little about diverse Muslim cultures and traditions, as well as their needs and concerns.

Participation in the 30 Days of Prayer for the Muslim World grew quickly and beyond all expectation. Other organizations became involved in contributing, translating and distributing the guide, eventually seeing it used in over 40 languages all over the world with estimates of up to a million participants. An international coordination office continues to collect and curate the content and preserves the original vision under the oversight of a global advisory board that includes the same people from YWAM India who originally created it.

Currently, 30 Days of Prayer is coordinated by World Prayer Guides (www.worldprayerguides.org), an organization based in Colorado Springs, USA which also produces prayer guides for other topics. World Prayer Guides director, Sean Furlong, says, “For 30 years, 30 Days has offered Christians insight into the diversity of Muslim cultures and practices, understanding of the different ways the global Church is acting to share the gospel among them, and inspired prayer that is informed with the love of Jesus. It has changed the way many Christians encounter Muslims.”

In 2022, the 30 Days of Prayer for the Muslim World begins on April 2.  Prayer guides are available from: www.worldprayerguides.org in the USA and for global orders and many other languages please visit: www.pray30days.org.