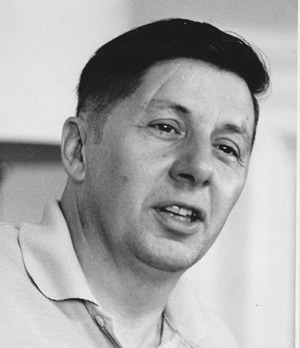 Dr. Douglas D. Feaver, founder of the College of Humanities and International Studies at YWAM’s University of the Nations and a role model to generations of staff and students worldwide, died peacefully at his home in Bethlehem, PA, on April 6. He was 93. 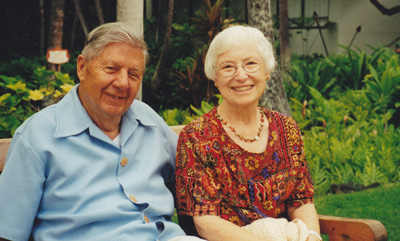 Douglas and Margaret Feaver joined the YWAM staff in Kona, Hawaii, in 1985 after being asked by Loren Cunningham to form the new YWAM university’s College of Humanities. “Back then we had no staff, no finances, no office space and no equipment, but we had the Word of the Lord and that was enough,” Margaret recalled.
Dr. Feaver wrote the curriculum for the college, and he regularly taught in the Humanities and Science course as well as Greek and Hebrew schools. He retired as Dean Emeritus of U of N International. He continued to serve as dean of the Kona campus College of Humanities and International Studies (CHIS) until 2000.
“The impact of the Feavers’ wisdom and godly leadership will be felt for generations in YWAM,” said former Kona CHIS leader Robert Evans at their farewell ceremony in 2001.
Douglas Feaver was born in 1921 in Toronto, Canada. He served in the Canadian Air Force, did undergraduate studies at the University of Toronto and received his Ph.D. in Classics from Johns Hopkins. He and Margaret were married in 1950 just before his graduation. He began teaching at Yale University and then moved to Bethlehem, PA, in 1956 to become a professor of classics at Lehigh University, where they remained until he retired in 1984.
Douglas was a long-time member of First Presbyterian Church as well as a lay leader in the Lehigh Valley Christian Fellowship.  Through those ministries and YWAM, he touched the lives of thousands of people around the world.  He will be remembered for his gentle and generous spirit, his steadfastness in the faith, and his deep intellect.  His 65-year marriage to Margaret was a special inspiration and was the subject of a book, One Heart, One Way, written by his son, John.
A natural cello prodigy, Dr. Feaver composed the music for his own wedding and composed numerous other pieces in a variety of styles – classical, light-opera, and Christian choruses. Even at 93, he sang in the summer choir at First Presbyterian Church and he left behind a rich archive of poems and reflections, some of which were collected in a book, This Do In Remembrance of Me.
His survivors include his wife Margaret; four children – David, John, Ruth, and Peter; fourteen grandchildren; four great-grandchildren.  In lieu of flowers, donations may be sent to First Presbyterian Church Music Fund at 2344 Center Street, Bethlehem, PA 18017.