Pray for Unification of Korea 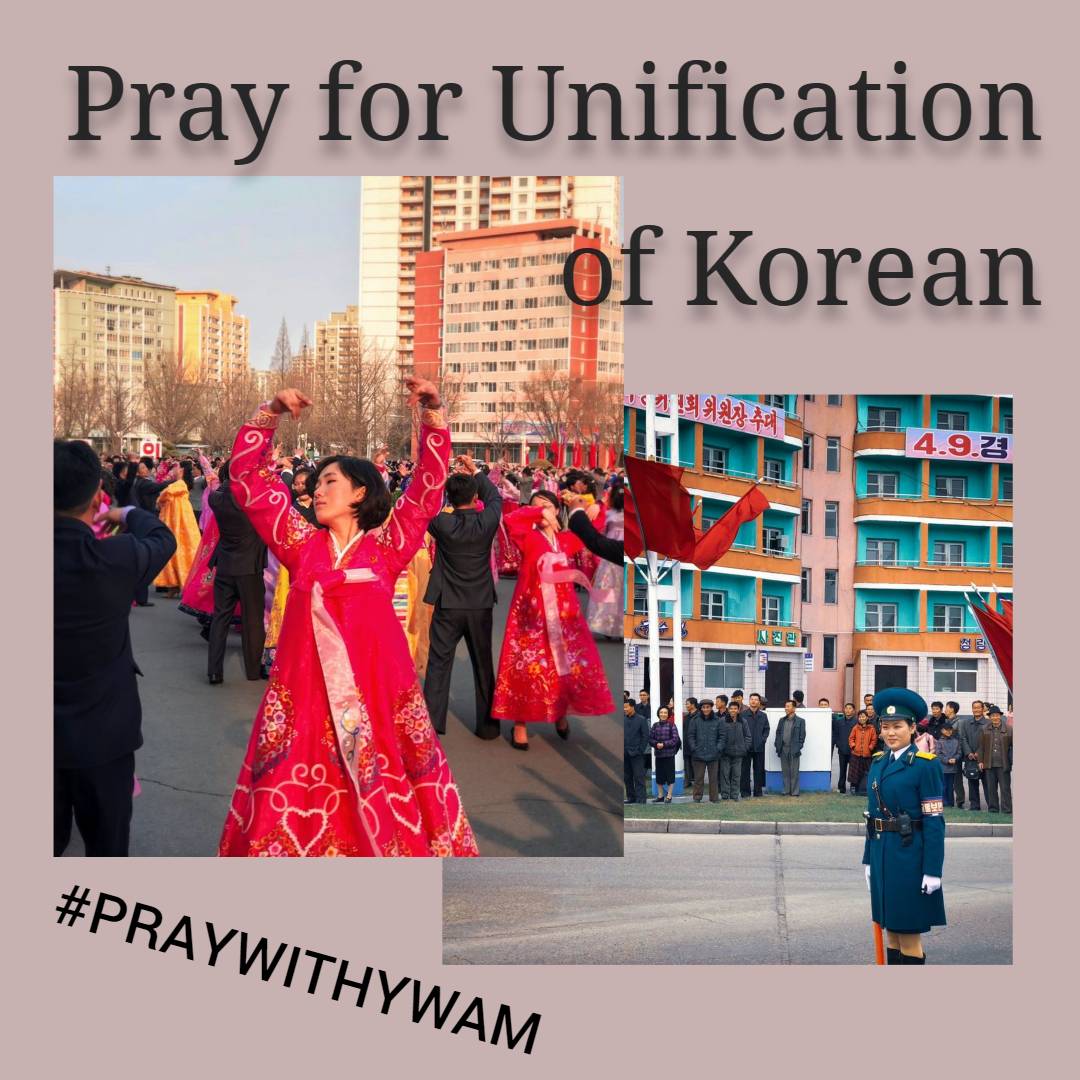 The division of Korea in 1945 was supposed to be temporary. Unfortunately, this artificial separation between families has now lasted 70 years. A great cultural and economic divide now exists between North and South Korea. The people of North Korea have suffered greatly under a regime that denies them basic human rights. Many Koreans in both countries long for unification, and many Christian leaders have sensed God giving them visions for this. Please join with us through The Invitation, one of YWAM’s prayer initiatives, as we pray for unification of North and South Korea. Please take a moment to pray right now and join us on our prayer day, November 11.

As you begin to pray, hold your hand before you so that your five fingers can prompt you to pray in the following ways.

Perhaps this hand prompt will come to mind in the days ahead. When it does, take a moment to continue to hold the two Koreas before the Lord.

A YWAM team in Vietnam reported a “wonderful time of prayer.” They prayed for the hosts and delegates. “We prayed particularly for the emerging generation that they would have revelation of the God of hope as He is creator and is still in control.”

Learn more about this YWAM prayer day, called The Invitation, at ywam.org/theinvitation. Please let us know how you prayed at [email protected]. Please also tell us if you would like to recommend a prayer topic for The Invitation.